You are here: Home1 / Sleep Deprivation 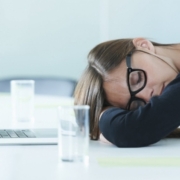 In sleep medicine, sleep deprivation is characterized according to sleep duration, that’s the total amount of time an individual spends sleeping. In actual fact, though, being well-rested is around more than just the amount of hours you sleep. For that reason, the terms sleep deficiency or sleep insufficiency are more commonly used to explain factors which lessen the quantity and/or quality of sleep and keep an individual from getting up restored.

This way, sleep deficiency has a wider application. For instance, an individual who sleeps for a full 8 hours but with lots of awakenings which fragment their sleep might have insufficient sleep although their sleep duration technically complies with the suggested amount.

Numerous factors could cause or bring about sleep deprivation such as poor sleep hygiene, lifestyle options, work responsibilities, sleep problems, and other health conditions. Sleep deprivation is usually influenced by voluntary choices which minimize available sleep time. For instance, an individual who decides to stay up late to binge-watch a TV series can experience severe sleep deprivation. An irregular sleep schedule may aid these decisions making them feel less intentional in the moment.

Work responsibilities are one more typical cause of sleep deprivation. People who work several jobs or extended hours might not have sufficient time for ample sleep. Shift workers who need to work during the night might also find it challenging to get the quantity of sleep which they actually need.

Sleep deficiency could be brought on by other sleep disorders or health conditions. For instance, sleep apnea, a breathing disorder which causes many nightly awakenings, might prevent both sleep length and quality. Some other medical or mental health issues, like pain or general anxiety disorder, could hinder the quality and amount of sleep.

What Are the Symptoms of Sleep Deprivation

The main signs or symptoms of sleep deprivation include things like too much daytime drowsiness and daytime impairment like reduced focus, slower thinking, and mood swings.

Feeling very tired in the daytime is among the quality signs of sleep deprivation. Individuals with too much daytime sleepiness might feel drowsy and have difficulty staying awake even if they have to. In some instances, this leads to microsleeps, where a person dozes off for a few seconds.

Insufficient sleep can directly impact on how a person feels throughout their waking hours. Instances of these symptoms include:

A person’s symptoms depends on the degree of their sleep deprivation and whether it’s severe or persistent. Study also shows that a few people will probably experience symptoms following a lack of sleep and that this might be associated with a person’s genetics. Stimulants such as caffeine could also mask the signs of sleep deprivation, so it’s vital that you are aware of how you feel off and on these substances.

How Is Sleep Deprivation Diagnosed and Treated?

Doctors could detect sleep deprivation by talking about a patient’s symptoms and sleep patterns. This might include looking at a sleep diary or having a sleep questionnaire which offers an in depth examination to sleep patterns and daytime symptoms.

In some instances, further testing with sleep tracking technology, called actigraphy, or having an overnight sleep study might be performed in case more information is required or if a doctor thinks that the patient might have an underlying sleep issue.

In case you’ve got continuous or worsening issues with insufficient sleep or daytime drowsiness, working together with your doctor is a great initial step to finding relief. Your doctor could evaluate your condition and suggest treatment which matches your needs.

In many instances, an emphasis on sleep hygiene – your sleep atmosphere and day-to-day habits – is a core element of preventing and treating sleep deprivation.